The attributes of an elder.

Accueil » The attributes of an elder.

My last video gave rise to a great number of questions, which is why I’ve preferred to take time to answer them before going on to talk about the attributes of an elder.

The church is managed spiritually by a group of men called elders.

They’re men who are called to this office like the elders were called to lead the people of Israel in the Old Testament.

You know the story of Jethro, Moses’ father-in-law, who advised him to choose helpers to assist him in leading the people,

“Moreover you shall select from all the people able men, such as fear God, men of truth, hating covetousness; and place such over them to be rulers of thousands, rulers of hundreds, rulers of fifties, and rulers of tens. And let them judge the people at all times. Then it will be that every great matter they shall bring to you, but every small matter they themselves shall judge. So it will be easier for you, for they will bear the burden with you.”

2° Are all elders pastors ?

No. The Word of God shows that a pastor has a specific responsibility. He is the shepherd of the church family, but needs to be assisted by the other ministries, whether local or at a distance. We’ll take a look at each of these ministries in future videos.

3° Should a pastor be an elder?

Yes, a pastor is first and foremost an elder, exercising his ministry within the framework of a team.

A pastor should never function alone, but always be surrounded by other elders working together with him.

His life is tested and proven while working within the local church, and it’s advisable for him to first serve as a deacon before being asked to take on the office of elder. A pastor is not employed because he has a good CV or impressive qualifications.

His eligibility to be a shepherd comes from the testimony of his own life. He should be an example of self-denial, serving others selflessly, and wholeheartedly.

Be sure that he is rightly managing his own household, loving his wife as Christ loved the church.

1Timothy 3: 5 says: “…for if a man does not know how to rule his own house, how will he take care of the church of God?”

Sadly, when the Church relies on CVs and qualifications, they can be in for a big surprise. We have seen churches hire pastors who have turned out to be adulterers or alcoholics, or even thieves.

In fact, in our country, we always talk about ‘the pastor’ as if it was the only ministry!

The French legal system only recognises one title, and that of ‘pastor’.

It is much easier for people in the world to understand than to try and explain one of the other five fold ministry titles.

In society, it’s the only title that is recognized.

The negative effect, however, is that we have moved away from the Biblical model of the early Church to a worldly system, and some pastors have monopolised all the authority by becoming the boss! But there is no ‘boss’ in the Lord.

Pastors should work closely with apostles, prophets, teachers and evangelists, recognizing the authority God has placed in these different anointings.

5° Should all five ministries work together?

It’s essential, no ministry can work alone! In the book of Acts, we constantly see teams giving the right hand of fellowship to build together in the Lord’s work.

Since no one has sufficient gifts alone to feed the flock. These ministries need to complement each other.

That’s why Jesus gave five ministries. Only Jesus demonstrated all five ministries, but we are far from being able to do that, so let’s be humble, and seek the Lord for the different ministries that he wants to send us.

Ephesians 4: 7-8 reads: “But to each one of us grace was given according to the measure of Christ’s gift.

Therefore He says: “When He ascended on high, He led captivity captive, And gave gifts to men.”

6° Should elders necessarily know how to teach?

Yes, they should know how to teach. We see this in 1Timothy 3: 2 “Now the overseer is to be above reproach, faithful to his wife, temperate, self-controlled, respectable, hospitable, able to teach.”

We can oversee, be responsible for missions, youth work, children’s work, the elderly, helping the poor, evangelising, prayer, in other words everything linked to running the local church.

Today, the trend is to have one pastor for the youth, another for the elderly, etc. But there is only one pastor, and he is the shepherd with this ministry.

We mustn’t start multiplying the number of pastors. Instead, the other departments are areas which can be run by deacons and deaconesses.

7° What’s the difference between an elder and a bishop?

Well, these two words are identical, one is the translation of the other and they are alternately in the New Testament.

It is almost certain that it refers to the same person, and the same function as the word usually translated by ‘elder’.

Be careful, today, when you can hear the words ‘bishop’ and ‘archbishop’ in evangelical circles.

These are English translations of the word ‘bishop’ or ‘elder’. It’s a modern trend, making people believe that they are important men, super pastors! It’s misleading, giving men over importance.

I’ve met men like this on my travels, wearing large crosses around their necks, special hats, a stone studded ring on their finger, dressed in purple, copying the hierarchy found in the Catholic Church. The outfit is distasteful, only impressing those who are naive. In fact, it’s all a big mafia of self-proclaimed bishops who join with other bishops, to show their unity within their misguidance.

Flee from such men, they have nothing to do with being true shepherds who carry the heart of God.

For the protection of the church, it belongs to the Lord!

One man alone can easily deviate. Working as part of a body of elders provides a security for God’s people, and for the elder himself. It’s each shepherd’s duty to watch over the flock that God has entrusted to them!

Not emotional or unhealthy relationships between the shepherds and their sheep. Yes, the important point is for the protection of each elder, so that there isn’t just one man leading alone, but a constant sharing and making common decisions.

The church is a body that should walk in unity and harmony. It shouldn’t be owned by one person, but everyone should be respected and cared for.

Each elder should be an example to the flock, an example of commitment to all. He should exercise his ministry joyfully and wholeheartedly.

9° How does someone become an elder?

Too often, it’s when someone wants to take on that responsibility, or has just come out of Bible school, or has been a church member for a long while…

This shouldn’t be the case. It doesn’t mean they can’t serve the Lord in other areas, as there are many areas of service other than leadership roles, since, above all, it is a calling which has nothing to do with any natural ability.

This call is recognised over time by the people of God.

The appointing of an elder only confirms the anointing that has become obvious to all.

This anointing is primarily characterised by a great love for the people of God.

For my part, I have already told you about my own experience in the video ‚What kind of church should a Christian belong to? “

You can click on the link that appears at the top of the screen.

But apart from my own experience of how I became an elder, when I met the Lord in 1971, it brought such a dramatic change to my life that I had only one desire : to serve the Lord and be an instrument in his hand, whatever the cost or whatever difficulty I would have to go through.

I knew that I wanted to serve and honour my Saviour and Lord.

I am convinced that the Lord has led my life since that day, May 15, 1971, and will do so until my final breath!

Despite the different painful experiences I have been through.

My first pastor ended up in prison for sexually abusing a disabled child, yet despite all that, I have seen and felt the Lord’s grace keep me and never let me go, lifting me up, and always encouraging me to keep moving forward.

Then one day, I finally found what I was looking for and this is what I want to share with you.

We had to leave a church of 1200 people and start from scratch with a tiny group of 22 people.

But then we had a model to follow and the team with us, although not from the same country as us, supported, prayed and helped us raise up a strong church according to the Biblical model.

We were mocked and persecuted by other churches which have since disappeared.

It all began in 1990 and, today, we have become 3 churches geographically separate, yet working together and winning souls.

Our churches are not perfect, because we, as men, will never be perfect.

But what is sure is that the work of God will continue and be passed on to future generations.

And above all, when Jesus returns we are sure that he will come to take us away with Him in His glory.

That’s why we encourage and make sure God’s people are walking in holiness and in the imminent expectation of His return.

Next week, we will talk about the necessary qualities in the lives of those who are called to be elders.

If you’ve enjoyed this video, please don’t hesitate to post a thumbs up. And, if you haven’t subscribed yet, sign up so that you’ll get the upcoming videos.

May the Lord strengthen, and encourage you. Yes, there exists a church model. Yes, it’s possible to achieve a sound church.

It’s possible to live by this Biblical model, to be strengthened, encouraged and to witness the Lord’s grace!

How should the Church be comprised? 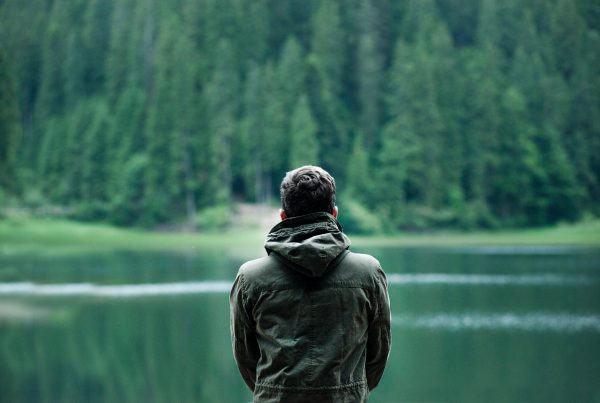 What solutions are there for genuine Christians in 2021? 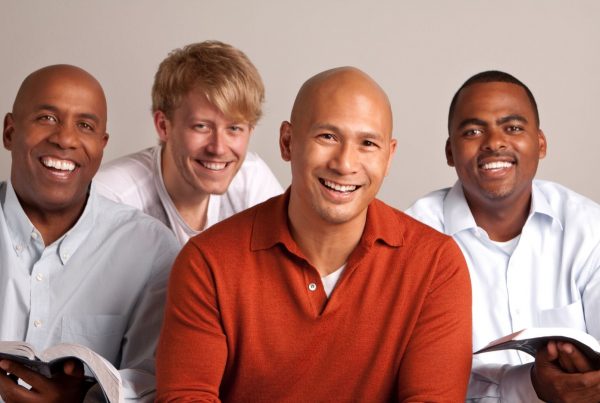